Fake news and other forms of misinformation about COVID-19 are prohibited on “any medium” such as SMS, WhatsApp, Twitter, Facebook, Instagram, online videos, other messaging and networking or social media platforms.

In June 2019 Bruce Schneier, an American writer, wrote in the New York Times:

“When the next pandemic strikes, we’ll be fighting it on two fronts. The first is the one you immediately think about: understanding the disease, researching a cure and inoculating the population. The second is new, and one you might not have thought much about: fighting the deluge of rumors, misinformation and flat-out lies that will appear on the internet.”

On 15 March 2020, Dr Nkosazana Dlamini-Zuma, Minister of Cooperative Governance and Traditional Affairs, declared a national state of disaster in terms of Section 27(1) of the Disaster Management Act 57 of 2002 (“the Act”) as a result of the COVID-19 pandemic hitting South Africa.

The Regulations to the Act setting out the steps necessary to prevent an escalation of the disaster were gazetted on 18 March 2020, including Regulation 11(5) which deals with the publication of misinformation regarding COVID-19 or the sharing of fake news.

In terms of Regulation 11(5) any person who publishes any statement, through any medium, including social media, with the intention to deceive any other person about COVID-19; the infection status of any person; or any measure taken by the Government to address COVID-19, commits an offence and is liable on conviction to a fine or imprisonment.

Fake news and other forms of misinformation about COVID-19 are prohibited. “Any medium” would include SMS, WhatsApp, Twitter, Facebook, Instagram, online videos, other messaging and networking or social media platforms.

The state must prove that you published the statement with the “intention to deceive”. This means that you must have published something knowing that it is false and with the intention that others would be misled or deceived by the information.

Various fake messages about COVID-19 have spread quickly across WhatsApp, Facebook and other social media platforms. These false messages have been shared both in private messages and, probably more concerning due to the fast spread, via WhatsApp groups. People are either unwittingly sharing false information on their social media or via WhatsApp, or actively creating fake news to serve malicious objectives.

In terms of the Regulations gazetted on 26 March 2020, a broad range of telecommunications players have "the responsibility to remove fake news related to COVID-19 from their platforms immediately ".

The list of providers with that responsibility includes internet service providers and over-the-top communication providers, which includes WhatsApp. WhatsApp has already imposed a strict limit on message forwarding to slow the dissemination of fake news. If a user receives a frequently forwarded message –which has been forwarded more than five times – they will only be able to send it on to a single chat at a time.

Eight people in total have already been arrested for distributing false information about the COVID-19 pandemic in South Africa.

The Regulations are being enforced strictly, and, now more than ever, you need to verify all information before you share or post any information on social media. Not only because it is an offence to share false information, but because each of us should be informed and act ethically in these times and stand together to fight this virus, not cause panic. 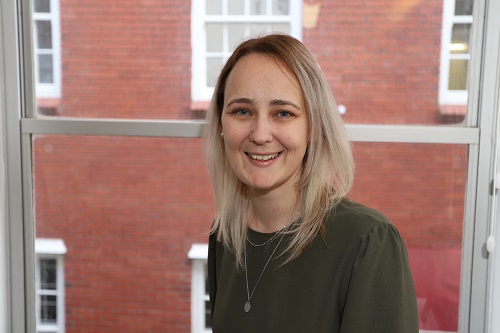 Arinda is a Junior Associate at Dingley Marshall and focuses on all aspects of commercial and ICT law. She is an admitted attorney of the High Court of South Africa, Conveyancer and Notary Public.CareerArinda obtained her LLB degree from the University of Stellenbosch in 2013 before completing her articles of clerkship at Malan Lourens Viljoen Inc.She joined SchoemanLaw Inc. as a professional assistant in January 2016 where she quickly scaled the ranks to Junior Associate... Read more