Alternative dispute resolution, or ADR, is a process in which a neutral third party—a mediator or arbitrator—helps parties who are embroiled in a dispute come to an agreement. Mediation and arbitration are types of alternative dispute resolution because they offer an alternative to litigation.[1] ADR denotes a wide range of dispute resolution processes and techniques that act as a means for disagreeing parties to come to an agreement short of litigation.[2] This wide range may include arbitration, conciliation, facilitation, mediation, negotiation, restorative justice and sometimes a combination of these processes, finding a unique way that deals best with the dispute at hand.  Online dispute resolution (ODR) is a branch of dispute resolution which uses technology to facilitate the resolution of disputes between parties.  In this respect it is often seen as being the online equivalent of ADR.  However, ODR can also augment these traditional means of resolving disputes by applying innovative techniques and online technologies to the process.[3]

Many courts throughout the world are now incorporating ODR into their judicial procedures. The idea is to add a "virtual door" to the multi-door courthouse and promote access to justice.[4] Some European countries have already adopted online procedures to deal with civil small claims not exceeding €2,000.[5] All civil cases in South African courts are still heard in open courts accessible to the general public, but some criminal cases may now be postponed through an audiovisual link in terms of an amendment of the Criminal Procedure Act, 51 of 1977.[6]

In terms of the amendment, an accused person — who is over the age of 18 years; who is in custody in a correctional facility in respect of an offence; who has already appeared before a court; whose case has been postponed; who is in custody pending his or her trial; andwho is required to appear or to be brought before a court in any subsequent proceedings (whether before, during or after the trial or conviction and sentence) for the purpose of — a further postponement of the case; or consideration of release on bail where the granting of bail is not opposed by the prosecutor or where the granting of bail does not require the leading of evidence - is not required to appear or to be brought physically before the court but may appear before court by audiovisual link; and is deemed to be physically before court, unless the court directs, in the interests of justice, that he or she appears or be brought physically before it.

There are no reason why civil disputes which are normally submitted to ADR, should not utilize ODR, unless legislation does not make provision for such processes.  In SA we distinguish between private mediation and statutory mediation, which include court-annexed mediation (CAM) as defined by the Court-annexed Mediation Rules in terms of Chapter 2 of the Magistrate’s Court Rules for the Lower Courts in South Africa.[7] It is safe to say that these court rules do not support ODR, but for all other forms of private ADR parties can deviate from the usual processes and can with the buy-in of the parties participate in ODR processes.

Efficient technological equipment to resolve disputes online will enhance the development of e-commerce, and although it is not limited to online transactions only, this kind of dispute resolution is a good fit for the industry.    There is no doubt that ODR can be applied in a wide array of other disputes including family matters such as divorce; maintenance, parenting and related disputes; civil or commercial matters between citizens and / or businesses, labour and workplace matters between employees and / or employers; criminal matters in appropriate cases with the explicit buy-in of the state; educational matters between learners, teachers, governing bodies and / or school administrators; property matters such as sectional title disputes and utility bills; and typical community matters like neighbour or neighbourhood disputes.

Information and Communication Technology (ICT) plays a vital role in ODR.  It may vary from assisting with referral processes by actively assisting the process facilitator in drawing conclusions, based on information submitted by the parties.  In ODR, the information management is not only carried out by physical persons but also by computers and software. ODR is thus a different medium to resolve disputes, from beginning to end, respecting due process principles.  With the normal run of the mill cases there are two disputing parties and a third neutral party – the mediator – assisting them, but this may change.  It is predicted that as Information Technology (IT) develops in this field, by making use of a standard application in dispute resolution, that the accumulation of a specific kind of data by the system in a particular field of dispute resolution such as maintenance claims, it may create a “fourth assistant” in the mediation room “who” will be able to assist in resolving the dispute.  The assistance of ICT has been named by Katsh and Rifkin as the 'fourth party' because ODR is seen as an independent input to the management of the dispute.  The fourth party embodies a range of capabilities in the same manner that the third party does.[8] The fourth party may do many things such as organize information, send automatic responses, shape writing communications in a more polite and constructive manner e.g. blocking foul language.[9]

In my personal experience as an ADR practitioner, ODR may in future render solutions to many problems in dispute resolution, both in the formal and informal industries.  There are numerous pros and cons to this kind of approach.  Parties living far apart do not have to attend the same venue and the mediator / process facilitator does not have to be in the same room with one or both parties.  Fees are more negotiable, and mediators can literally render a professional service from a home studio or office at times that suit everyone. There are no transport costs and speedy intervention is readily available from the comfort and safety of one’s own home.  This new approach has its challenges, and dynamics are different from personal contact sessions during the negotiation process.  Emotion during contact sessions will not have the same effect on the parties and as with social media it easier to act in a disrespectful manner when in a virtual space.  Other influences with people in the background will impact the direction and outcome of the chosen process.  A new set of rules must be developed with checks and balances, incorporating new ethics, standards and values, respecting the principles of confidentiality, voluntariness, neutrality, empowerment and unique outcomes.

Social Justice Network (Pty) Ltd in association with Social Justice Foundation NPO, offers a variety of training courses in Alternative Dispute Resolution countrywide including Family Law, Mediation and Restorative Justice.  Social Justice Foundation is also an accredited membership organization for Court-Annexed and Private Mediators, Peacemakers and ADR & Restorative Justice Practitioners.  For any enquiries about this article, the profession, training courses to become a coach or practitioner, opening centres or joining in membership, kindly contact us for further details. 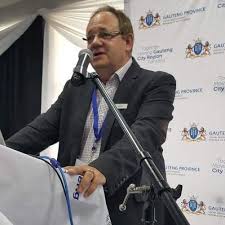 Laurie Greyvenstein completed a Bachelor of Law at Unisa and has a Post-Graduate Diploma in Alternative Dispute Resolution at US in addition to having 25 years’ experience as Detective, Maintenance Officer, Public Prosecutor and Magistrate in district and regional courts.He also has:Experience in litigation in civil, criminal and family courts.14 years’ experience in Alternative dispute resolution.International accreditation as a Family, Civil, Commercial mediator & Restorative Justice practitioner.Accreditation with the Centre for Effective Dispute Resolution (CEDR)... Read more