Quo vadis – are the Lockdown Regulations irrational and invalid?

A critical analysis of the Judgment in De Beer and Others v Minister of Cooperative Governance and Traditional Affairs (21542/2020) [2020] ZAGPPHC 184 (2 June 2020) with regard to the constitutional validity of both the  declaration of a state of national disaster and the regulations pursuant thereto.

The President of the Republic of South Africa declared a state of national disaster in terms of the Disaster Management Act (“DMA”)[2]. The President was, further, authorised to designate a cabinet member to administer the DMA[3] and therefore designated the Respondent, being the Minister of Cooperative Governance and Traditional Affairs [4] (“the Minister”) in this role. The Minister, together with her colleagues of the National Command Centre (“NCC”), have the following responsibilities:

“27.    Declaration of national state of disaster

(1)   In the event of a national disaster, the Minister may, by notice in the Gazette, declare a national state of disaster if-

(a)   existing legislation and contingency arrangements do not adequately provide for the national executive to deal effectively with the disaster; or

(b)   other special circumstances warrant the declaration of a national state of disaster.

(2)   If a national state of disaster has been declared in terms of subsection (1), the Minister may, subject to subsection (3), and after consulting the responsible Cabinet member, make regulations or issue directions or authorise the issue of directions concerning-

(a)   the release of any available resources of the national government, including stores, equipment, vehicles and facilities;

(b)   the release of personnel of a national organ of state for the rendering of emergency services;

(c)     the implementation of all or any of the provisions of a national disaster management plan that are applicable in the circumstances;

(d)    the evacuation to temporary shelters of all or part of the population from the disaster-stricken or threatened area if such action is necessary for the preservation of life;

(e)   the regulation of traffic to, from or within the disaster-stricken or threatened area;

(f)    the regulation of the movement of persons and goods to, from or within the disaster-stricken or threatened area;

(g)   the control and occupancy of premises in the disaster-stricken or threatened area;

(h)   the provision, control or use of temporary emergency accommodation;

(i)    the suspension or limiting of the sale, dispensing or transportation of alcoholic beverages in the disaster-stricken or threatened area;

(j)    the maintenance or installation of temporary lines of communication to, from or within the disaster area;

(k)   the dissemination of information required for dealing with the disaster;

(m)  the facilitation of response and post-disaster recovery and rehabilitation;

(n)   other steps that may be necessary to prevent an escalation of the disaster, or to alleviate, contain and minimise the effects of the disaster; or

(a)   assisting and protecting the public;

(b)   providing relief to the public;

(d)   preventing or combating disruption; or

(e)   dealing with the destructive and other effects of the disaster.

(4)   Regulations made in terms of subsection (2) may include regulations prescribing penalties for any contravention of the regulations.

(a)   lapses three months after it has been declared;

(b)   may be terminated by the Minister by notice in the Gazette before it lapses in terms of paragraph (a); and

(c) may be extended by the Minister by notice in the Gazette for one month at a time before it lapses in terms of paragraph (a) or the existing extension is due to expire.”[5]

The Constitution and human rights
Human rights of all persons within South African borders are encapsulated in the Bill of Rights[7] which forms part of our Constitution[8], the highest law of our country. The Bill of Rights enshrines the rights of all people in our country and affirms the democratic values of human dignity, equality and freedom[9] and is to be respected, protected, promoted and fulfilled by the state[10]. The Bill of Rights applies to all laws and binds the legislature, the executive, the judiciary and all organs of state[11].

It is also important to note that government is bound to the doctrine of separation of powers as so eloquently put by K O’Reagan in 1996[12]:

“The functions conferred on the legislature to illustrate the particular South African conception of the separation of powers. The Constitution emphasises that its powers are not only to make legislation: but to ensure government by people under the Constitution. Section 42(3) provides:

The National Assembly is elected to represent the people and to ensure government by the people under the Constitution. It does this by choosing the President, by providing a national forum for public consideration of issues, by passing legislation and by scrutinising and overseeing executive action.”

This was confirmed by the First Certification judgment[13]. In this judgment, the Court affirmed the justiciability of socioeconomic rights. The argument against the inclusion of socioeconomic rights in the Constitution was that it amounts to a breach of the doctrine of separation of powers and gives the judiciary the power to decide on a political question, namely how to distribute public resources and thus make orders about how public resources should be spent. The Court rejected this argument and its response was that the enforcement of civil and political rights has monetary implications too. The Court said that these rights are justiciable, in that they can be negatively protected from improper invasion. This means that a court can prevent the state from acting in a way that interferes with one’s socioeconomic rights. Not only must the state refrain from infringing on the enjoyment of these rights, but it also has a duty to prevent interference thereof[14].

Human rights may, however, be limited[15] in terms of law of general application to the extent that the limitation is reasonable and justifiable in an open and democratic society based on human dignity, equality and freedom, taking into account all relevant factors, including —

Certain human rights are non-derogable rights[16]. These are:

The Constitution further provides for the following powers of courts relating to constitutional matters[17]:

“(1) When deciding a constitutional matter within its power, a court—

(a) must declare that any law or conduct that is inconsistent with the Constitution is invalid to the extent of its inconsistency; and

(b) may make any order that is just and equitable, including—

(i) an order limiting the retrospective effect of the declaration of invalidity; and

(ii) an order suspending the declaration of invalidity for any period and on any conditions, to allow the competent authority to correct the defect.

(2) (a) The Supreme Court of Appeal, the High Court of South Africa or a court of similar status may make an order concerning the constitutional validity of an Act of Parliament, a provincial Act or any conduct of the President, but an order of constitutional invalidity has no force unless it is confirmed by the Constitutional Court.

(b) A court which makes an order of constitutional invalidity may grant a temporary interdict or other temporary relief to a party, or may adjourn the proceedings, pending a decision of the Constitutional Court on the validity of that Act or conduct.

(c) National legislation must provide for the referral of an order of constitutional invalidity to the Constitutional Court.

(d) Any person or organ of state with a sufficient interest may appeal, or apply, directly to the Constitutional Court to confirm or vary an order of constitutional invalidity by a court in terms of this subsection.”

The de Beer case
In his judgment Davis J made specific mention of the so-called “rationality test”. This is akin to the “rational connection test” as adopted in Harksen v Lane[18]in terms whereof a balance is to be found between the right and the limitation thereof. In Allbert v Centre for the Study of Violence and Reconciliation and others (as quoted by Davis J) the court noted:

Davis J found that the regulations are not rationally connected to the objectives of slowing the rate of infection of limiting the spread thereof (“the means”) and subsequently declared the regulations unconstitutional and invalid. The declaration was suspended until the Minister revised the regulations “with due consideration to the limitation each regulation has on the rights guaranteed in the Bill of Rights contained in the Constitution”. The Minister was provided 14 (fourteen) days to comply with the order granted.

Quo vadis?
In the case under discussion, in my view, the question of the validity of the alert level 4 regulations had become moot as we have already moved to level 3 together with the relevant level 3 regulations. The level 3 regulations were not attacked on the papers and could therefore not be properly assessed.

Davis J, also in my view, confused the terms “rationality” and “reasonableness” in, for example the difference in the holding of night vigils versus visiting the terminally ill.

As only certain of the regulations were also to be held rational, e.g. the prohibition against evictions, and others not elaborated on, it amounts to uncertainty in the application of the rationality test. To my mind it would have been prudent to determine exactly which regulations are irrational and therefore invalid instead of a blanket declaration of invalidity.

Thus, whilst I agree with with Vuyani Ngalwana SC where he contends[19]:

“The question that arises is whether this disruption meets the rationality and constitutionality test in terms of South African law. Many people, myself included, will say some disruption of life as we know it is necessary in order to save lives. Very few will argue with the need to save lives. But the question is not whether or not it is necessary to subject the entire nation to such considerable disruption of people’s economic and recreational lives, which in itself creates a significant moral dilemma; the more vexed question is whether such considerable disruption is reasonable and justifiable in an open and democratic society based on human dignity, equality and freedom. In short, the questions that are usually posed in a rationality test are these: “Is there a rational connection between the intervention, on the one hand, and the empowering provisions in terms of which it was taken, on the other?” This is the question usually posed when the intervention in question is pursued in terms of some or other piece of legislation or prescript. In this case, that legislation is the DMA. As regards the conduct of officials deployed to enforce the intervention, the test will be whether such conduct gives effect to the regulations. Where there is no empowering provision for the intervention, the intervention will be unlawful and may be set aside on application to the high court. It is now settled law that no person may exercise a public power or perform a public function beyond that conferred upon him or her by law.”

The Minister has announced that the state will be appealing the decision, which in my view is necessary to ensure legal certainty on the topic.

[7] Chapter 2 of the Constitution

[8] Constitution of the Republic of South Africa, 1996 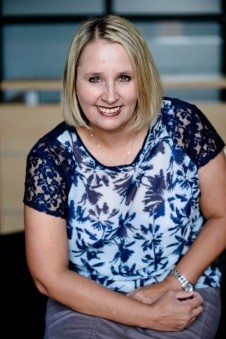