One of the key findings in this year’s LexisNexis SA and the Law Society of South Africa’s (LSSA’s) Legal Tech survey into the legal profession, shows a small increase in black legal professionals, while a lack of BEE credentials is a worry for smaller legal firms.

The COVID-19 pandemic is rapidly changing the way the legal profession is interacting and using information and there is clear evidence the sector is adopting and using technology with alacrity.

For instance, when it comes to court work, more and more legal professionals now source their information using a laptop, a PC, a tablet, a mobile phone, or an e-book.  The age of paper-based information it seems is quickly receding.

This is just one of the key findings of an extensive and updated survey by leading legal technology and risk and compliance solutions provider LexisNexis done in partnership with the Law Society of South Africa (LSSA).

More broadly South Africa’s law fraternity has also been hard hit by the pandemic but has remained strong and resilient. Sixty percent of mainly small and medium sized firms say they have been “grossly impacted” by the lockdown with the remainder giving a more bullish assessment saying the changing work paradigm has had a minimum effect.

Operationally, COVID-19’s biggest impact has been on billings for civil procedure with 34% of respondents saying there has been a negative impact. Sixteen percent of those surveyed say the lockdown has had an impact on criminal law and procedure with the same percentage saying there has been a negative impact on family law. But sadly, there has also been a tragic upside for the profession with respondents reporting an 11% increase in billings in wills, trusts and estates.

The Legal Tech Report 2021 is an important body of research giving a moment-in-time snapshot of the challenges and concerns facing South Africa’s law profession. The study also comes at a time when the rule of law in South Africa was tested to the limit after ten days of civil unrest that inflicted damage to the economy and led to a deeply concerning loss of lives.

In that turbulent wake there were constant reminders by many in the legal fraternity that it was only through respect and strict adherence to the principles of the rule of law and the constitution that society’s centre was able to hold.

By way of background on the study, in 2016, LexisNexis and the LSSA partnered on a body of research to best understand how the legal landscape had changed since an initial study commissioned in 2008.  A regular analysis of the legal profession was envisaged with the intention of developing a review of legal practice in South Africa and to monitor significant changes and notable trends. The last report was published in 2016. The much-needed 2021 incarnation yielded interesting and important findings.

Twenty-eight percent of respondents have been in practice for up to ten years while 21% were veteran practitioners having been in the profession for between 31 and 40 years. According to LexisNexis’s best current data there are close on thirteen thousand law firms in South Africa, with around 54 thousand professionals including attorneys, advocates, conveyancers, candidate attorneys and notaries. More than three quarters are considered small firms and are made up of one to ten fee earners who are mostly engaged in litigation, debt collecting and conveyancing.”

That overview provides valuable context to the survey in as much as half the sample size were sole proprietors and close on three quarters employ between one and ten staff. Most firms in the 2021 survey practice in the areas of Litigation, Commercial Law, Conveyancing, and Civil and Family Law. The majority of those polled are in the northern provinces of South Africa. Interestingly over the past five years there has been an increase in legal professionals in this region and an almost equal decrease in those living in the Cape provinces.

A significant finding in the 2021 report shows that fully white owned firms have shown a decline over the past 23 years, yet they remain the stronghold of small firms. In 2016, 60% of firms in this category were fully white owned. That percentage now stands at 49% with only 19% of firms being fully black owned. That is up from 11% five years ago. Patently there is still much work to do on the transformation front.

The latest report says in firms with a so-called mixed ownership structure there is a white majority and black minority stake. Over half of the white owners in these firms own proportions of 75%. Inversely, 74% of the black ownership in mixed ownership schemes is limited to less than 25% ownership.

Women remain in the minority in the legal profession in South Africa. Measuring ownership by gender, in 2016, 53% of firms were owned by men; 20% were fully female and 27% had mixed ownership. Five years on and the needle has shown some encouraging movement with 47% of firms being male owned; 27% now being fully female owned and 26% with mixed ownership. One legal insider says, “Transformation does move at a slow pace in this profession, but we are seeing more fully female owned businesses and that is to be welcomed.”

Extrapolating the gender dynamic further the 2021 report has found an even spread when it comes to decision making but less than twenty percent have a so-called strong majority of decision-making power. Essentially men still make most of the decisions.

The 2021 Legal Tech report also gives a useful indication of the financial performance of small and medium size firms with turnover between 2019 and 2020 remaining relatively stable with an increase at the lower end of the spectrum towards the end of 2020.

However, the survey did not measure the full fiscal impact of the pandemic on the profession. In that respect however is worth briefly referencing a study by the global consultancy McKinsey that said, “globally in downturns law firms weather the situation better than the overall economy of any country” and that in order to best manage risk, “firms should develop a perspective on the demand outlook for sectors, client types, and practices to which they have greatest exposure.”

Respondents were also questioned on strategic intent and future planning. Almost a third of firms have changed their operating structure in recent times but close on forty percent said it was on not on their radar at this time. What is perhaps of more concern is that firms are not investing in processes or technology with the speed of previous years with close on a quarter of respondents saying they have no plan to do so in coming months. This obviously indicates diminished confidence levels – an issue that the profession will have to interrogate with vigor in coming months.

More positively though and in an increasingly competitive environment, law firms are now also seeing the real benefits of branding. Not only is it a way of reaching prospective clients, but properly done can also add credibility and gravitas to a firm. Forty-five percent of respondents said they had either increased marketing investment or were planning to do in the next few years.

The idea of networking is evidently important to respondents with 34% having increased networking recently and 27% have plans to develop their networks in the future. However there seems to be a gap between intent and action with just over sixty percent of respondents saying joining an umbrella organisation or consortium is not on their radar at the moment.

Volume of work done on an annual basis was also polled by the Activate brand agency that conducted the research. The number of matters handled annually varies significantly between firms. 30 firms indicated they handle 100 matters per year, another 26 handle only 50, 20 firms handle 200 and 12 as much as 1000 per year.

It’s common cause that big corporate law firms have been upweighting their African practices in recent years and the reason is obvious as pre-COVID-19, many economies were on the boil. That bullishness doesn’t seem to apply to smaller and medium-sized firms though who show a marked lack of appetite for any form of continental expansion.

While data always tells a cogent story, it would be unwise and injudicious to try and find one common take-out from this year’s extensive report, suffice it to say the profession is going to take some time to recover from the impact of COVID-19; that transformation across multiple fronts is slow and pressure will inevitably increase to accelerate change; and clearly more investment in technology to streamline operations will become more critical.

One finding that will possibly be lost in all percentages is the seeming reluctance to network more widely and tactically. It assists in identifying relevant and interesting opportunities in a country where respect and adherence to the rule of law has become a vital bulwark to the preservation of South Africa’s democracy.

Download: The State of the Legal Industry in South Africa 2021 – 1 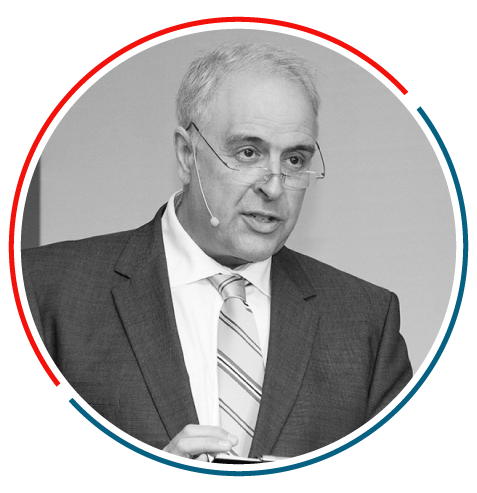 Jeremy Maggs is a media specialist with close on forty years’ experience in television, radio, and print. Until recently, he hosted television news channel eNCA’s weekday lunchtime news programme before stepping down in early-2021 to start his own media company Bold – a strategy and reputation management enterprise which is part of the independent Brave Group. Maggs is an accomplished public speaker, popular and witty MC, and conference facilitator.He also runs a successful media training... Read more