When the  South African Merchant Shipping Bill, 2020 is passed into law, it will allow for South Africa to align itself to the best international practices; to ensure the growth and development of the local economy; and to meet its international obligations under its bilateral and multilateral agreements as well as the duly adopted conventions with respect to navigation and shipping matters in general.

Although South Africa is not a significant ship owning or ship operating nation, it is distinctly one of the most important sea-trading nations in the southern hemisphere. With more than 3 000 kilometres of coastline, the best position along the southern sea trading route, and the biggest port in the African continent, South Africa holds great potential and a promising future to becoming an essential contributor to the international maritime industry. One of the first steps in doing so is to bring its national legislation in line with international conventions and the aims of the international community as a whole.

In June 2017 South Africa approved the Comprehensive Maritime Transport Policy (CMTP), which aims to “facilitate growth and development of South Africa’s maritime transport system in support of socio-economic development of the country whilst contributing in international trade”[1]. Currently, all merchant shipping and matters incidental thereof are governed by the Merchant Shipping Act, 57 of 1951 (MSA)[2]. In keeping in line with the aims of the CMTP, the MSA will soon be repealed by the Merchant Shipping Bill, 2020[3], which aims to address the key issues faced by the maritime industry (listed above), which not only affect the international maritime sector, but also the local maritime sector in South Africa.

When the Bill is enacted it will aim to do this by providing for:

The aims contained in the Bill allow for South Africa to align itself to the best international practices; to ensure the growth and development of the local economy; and to meet its international obligations under its bilateral and multilateral agreements as well as the duly adopted conventions with respect to navigation and shipping matters in general.  All of which are aligned with the maritime provisions contained in the CMTP. The Bill has been published in the Government Gazette No. 43073 (Department of Transport Notice 148 of 2020) on the 06th of March 2020. Written comments by all interested persons were due within 60 days of its publication, however, due to the COVID-19 outbreak and the national lockdown enforced by the South African government the initial deadline has been extended to the end of May 2020 (for public consultation) and the end of June 2020 (for members of the Maritime Law Association of South Africa). 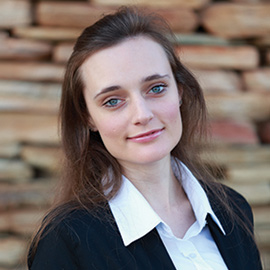