No to self-help: follow due process in labour disputes

No to self-help: follow due process in labour disputes

In the judgment handed down by the Labour Court on 28 May 2021 concerning the ultra vires action of the Public Protector who, unhappy with the decision of the Chairperson (suspending two senior employees) substituted his decision with the sanction of dismissal. This is the judgment of the Labour Court in Johannesburg by Tlhotlhalemaje J in  Mogaladi and Another v Public Protector [2021] J 528-21 (LC). Ten points of interest in this case are highlighted by me below. However, I suggest people read this judgment for themselves (the citation just mentioned links to the full case).

1. Self Help 1 Given her constitutional status, it follows that  the Public Protector cannot unilaterally repudiate decisions made on its behalf as an employer, unless of course she sought a review of those decision in line with the authorities referred to elsewhere in this judgment. She cannot therefore resort to self-help, which intention can clearly be gleaned from the tone of her letter of 6 May 2021 addressed to the applicants.

2. Self-help 2 See Tshivhandekano v Minister of Mineral Resources and Others [2018] ZALCJHB 70 (2 March 2018) where the employee had also in that case approached this Court on an urgent basis to seek a declaratory order that his dismissal was unlawful and void ab initio is authority for that. This was in circumstances where the employee had immediately approached the Court, upon the Director-General having altered his final written warning into a dismissal. The Court (per La Grange J) had held that even though the State as employer had the right to review its own decisions, this did not equate to a right to simply take the matter into its own hands and reverse a decision already taken, as any subsequent sanction of dismissal would have been a fundamental breach of the applicant’s clear contractual right to a disciplinary hearing in terms of his contract of employment, making that decision to dismiss both ultra vires and in breach of his contract of employment.

3. Follow due process? What she ought to have done is, if she was unhappy  with the sanction (of suspension), was to take the decision of the Chairperson, who she appointed ito of the code  to which the Appellants subscribed to, on review. Instead she  substituted the Chairperson’s sanction of suspension with that of dismissal.

4. A Secondary Disciplinary Enquiry is permissible ( see para [22] in this judgment), provided that the employer  follows due process. If he/she is unhappy with the outcome and sanction, he has to overturn that decision on review ito section 158(1)(h) and then he can hold another hearing.

5. Generally an employer has a right to subject an employee to a second disciplinary inquiry on the same issue in respect of which he has already been found guilty and has had a sanction imposed upon him when it is, in all the circumstances, fair to do so (see Samson v Commission for Conciliation, Mediation and Arbitration and Others [2009] ZALC 64 at para 12). So, yes, an employer is entitled to revisit the offence by means of a second disciplinary hearing, as it would be manifestly unfair for the employer to be saddled with a quick, ill-informal and incorrect decision of its employers who misconceived the seriousness of the matter and took an inappropriate decision leading to an inappropriate penalty. As authority: Branford v Metrorail Services (Durban) and Others [2003] ZALAC 16 (13 November 2003) at para [15].

6. Where the authority to alter a sanction does not derive from the wording of a collective agreement (or from any discernible and lawful source), an employer cannot exercise such rights, as to do so would be ultra vires the disciplinary code and the collective agreement, which had statutory authority in terms of the LRA. The employer in such circumstances is entitled to bring a review application and set aside the sanction imposed the chairperson of a disciplinary enquiry. See SARS v CCMA & Others (“Chatrooghoon”) (DA 7/11) [2013] ZALAC 26; [2014] 1 BLLR 44 (LAC); (2014) 35 ILJ 656 (LAC) at para [28].

7. Even though that the Public Protector was entitled to be aggrieved with the findings of the chairperson and to seek to alter them, it is the lawfulness of the approach that she sought to follow to have the sanction altered, that was the  subject of scrutiny, by the court.

8. The Chairperson of the disciplinary enquiry, who was appointed in accordance with the provisions of clause 9.3(b) of the Code, had made his findings and sanction clothed with the persona of the employer, and his decision remained that of the Office of the Public Protector as the employer. Therefore, the Public Protector as Executive Authority could not to take upon herself to seek to alter the sanction simply because she did  not agree with it.

9. As a creature of the Constitution and subject to the law, and further to the extent that it is an organ of State because of constitutional powers and other statutory powers it exercises, it the Public Protector was bound by the sanctions imposed by the Chairperson. To the extent that she wasn’t authorised by the applicable Code, the Public Protector’s  alteration of the sanction imposed by the Chairperson, she cannot exercise such rights, to do so would be ultra vires the Code which is binding on her.

10.  Finally, though not ultimately, assuming that the Public Protector was entitled to alter the sanction and request the applicants to make representations, the circumstances would have been slightly different, had the Public Protector afforded them an opportunity to make a representation as to why a different sanction other than or including a dismissal ought to be imposed. 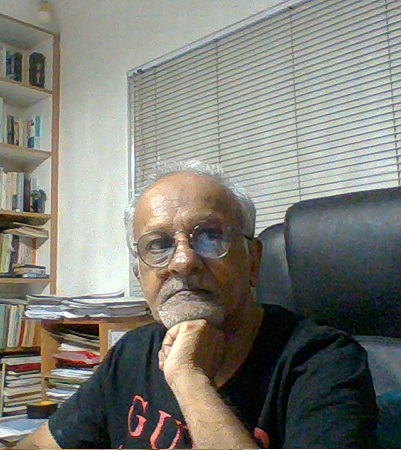 Saber Ahmed Jazbhay commenced legal practice in June 1982 and has an interest in labour dispute resolutions. He is currently a legal practitioner with the firm of attorneys operating under the name of Jazbhay and Harrichund.He serves as a part time commissioner at the CCMA as well as with various bargaining councils.