Through the Looking Glass: Unpacking the Domestic Violence Amendment Bill

Through the Looking Glass:  Unpacking the Domestic Violence Amendment Bill

The promulgation of the Domestic Violence Bill will see a revolutionary overhaul of the Domestic Violence Act. The most important changes are discussed and the need an effective strategy to promote social change, instead of maintaining the status quo is called for.  With an emphasis on transferring capacity, awareness and knowledge among officials dealing with gender inequality. It therefore remains desirable to include all affected agencies and constituencies in further planning.

‘Whilst law-makers should be free to dream up completely innovative solutions to [gender inequality], they should make sure that they dream with their feet planted firmly on the earth. Empty promises echoing provisions of the UN Convention will not protect [women] or further the promotion of their rights. Law-makers must commit themselves to what can realistically be achieved in the country they are working in, and make sure that the laws have the best possible chance of being properly implemented.'[1] [own inserts]

Introduction
In 1995, South Africa ratified the Convention on the Elimination of All Forms of Discrimination against Women (“CEDAW”) as a token of its commitment to eradicate violence against women. [2]

The ratification of CEDAW spawned a number of pieces of domestic legislation relating to the protection and enhancement of the rights of women and children, notably, the Domestic Violence Act 116 of 1998 (“the Act”).

Twenty years later, the Act faces a revolutionary overhaul by the promulgation of the Domestic Violence Bill (“the Bill”).  This article will highlight a few of the important changes suggested in the Bill.

Unpacking the Domestic Violence Amendment Bill
Domestic Violence: The concept of Domestic Violence has been vastly refined by the Bill.  It is encouraging to note a broadening of categories of “domestic violence” which include the abuse of an elder, or exposure of a child to a violent domestic environment in any of the enumerated categories.  “Sexual Harassment” is now regarded as a separate listed category containing sub-categories.[3]

Spiritual abuse: Spiritual abuse is inserted as a separate category of abuse.  The inclusion of spiritual abuse as a practice, or the denial thereof so as to control and dominate a person means that legal professionals will need to actively familiarize themselves with the cultural mechanics of the parties’ respective backgrounds, as well as the factual matrix in which the alleged conduct is said to be abusive.  Couples who come from culturally different backgrounds can find themselves adopting different cultural practices insofar as how weddings, funerals and the birth of children are concerned.  This can prove stressful to the weaker party who is both financially dependent and emotionally coerced into forgoing her own practices in favour of the abuser’s practices.

Entry into the victim’s workplace without consent: In addition, the Bill regards entry into the victim’s workplace without consent, as a specific act of abuse which can be claimed in application proceedings.  This should come as some relief to victims who are the subject of stalking and harassment occasioned by the bully, as this order will shield them from the humiliation, shame and derision of their colleagues, and provides, at least in temporary measure, a breathing space for victims who otherwise live in fear.

Assessing sexual, emotional, verbal and psychological abuse: The same care should be taken when assessing sexual abuse, since this definition in the Bill has been entirely replaced and realigned with the definition as found in the Criminal Law (Sexual Offences and Related Matters) Act 32 of 2007, as amended.  Secondly, whereas emotional, verbal and psychological abuse[4] in the Act had to be claimed in one clump, the deletion of the word “and” and its replacement with the word “or” in the Bill widens the leeway of scope in applications, especially those in which insults and humiliation dominate the status quo of the relationship.

Definition of a weapon: The Bill has created an expanded definition of “weapon” to include dangerous objects or those capable of causing grievous bodily harm.  This should alleviate the challenges experienced in the completion of interim orders.

Domestic relationships: “Domestic Relationships” have seen slight changes by the Bill.  Firstly, the Bill now limits the time periods which apply to applications where parties previously cohabitated, by deleting the word “recently” and replacing it with the phrase “within the preceding year.” The Bill then widens the concept of domestic abuse in a relationship by the insertion of two definitions: “coercive behavior”[5] and “controlling behavior.”[6] Coercive behavior is defined as a single act or a pattern of physical abuse. Controlling behavior includes subordination of the victim through isolation from family, exploitation of the victim’s resources and a deprivation of the victim’s independence.  It ought to be noted that this alleged behavior must be accompanied by the inspiration of the belief in the victim that harm will be caused.[7] It is submitted that the test regarding the inspiration of belief of harm is an objective one.

A positive duty: The Bill places a positive duty on those in the health and education sector to screen, counsel and provide emergency medical treatment to victim.[8] It places a more onerous provision on persons to report abuse of a child, elderly or disabled person to the police, and penalizes willful non-disclosure with a fine or to imprisonment for a period not exceeding five years or to both a fine and such imprisonment.[9]

Applying for a protection order: The most significant change to the Act is the process of applying for a protection order, which the Bill seeks to allow applicants the benefit of applying online.  It is expected that this change will substantially ease the burden placed on those seeking urgent protection.  Undoubtedly, the process will require a host of changes relating to the manner in which the applications are dealt with by courts, no less than at a minimum level, the provision of uninterrupted internet connectivity.

It would have been prudent for the Bill to consider inserting a prescribed leave period to be granted to a complainant in Domestic Violence proceedings, as is the case elsewhere in the world.  This would alleviate the burden of embarrassment carried by the applicant, especially where visible injuries are noted in the application.

Where the Bill now inserts statutory duties upon a medical officer to report Domestic Violence, or anyone observing  violence against a child or elderly person as alluded to above, it is worthwhile to consider the position in the UK, in which is considering the implementation of a Domestic Violence Commissioner.[10] Such Commissioner, if adopted here, can be a useful tool of interaction between the courts to inter alia, publish information about the provision of services to people affected by domestic abuse and make recommendations.

Conclusion
In conclusion, it would appear that a consideration of the Bill requires a two-fold approach: In-depth planning and a robust managerialist approach of multi-agency interaction.  Planning is the key to effective implementation of a new scheme. An effective strategy should promote social change, instead of maintaining the status quo which will be reflected through the operational mechanism that it puts in place.   The emphasis should be on transferring capacity, awareness and knowledge among officials dealing with gender inequality, and it therefore remains desirable to include all affected agencies and constituencies in further planning.

Chetna Singh Additional Magistrate in the District Court in Mpumalanga 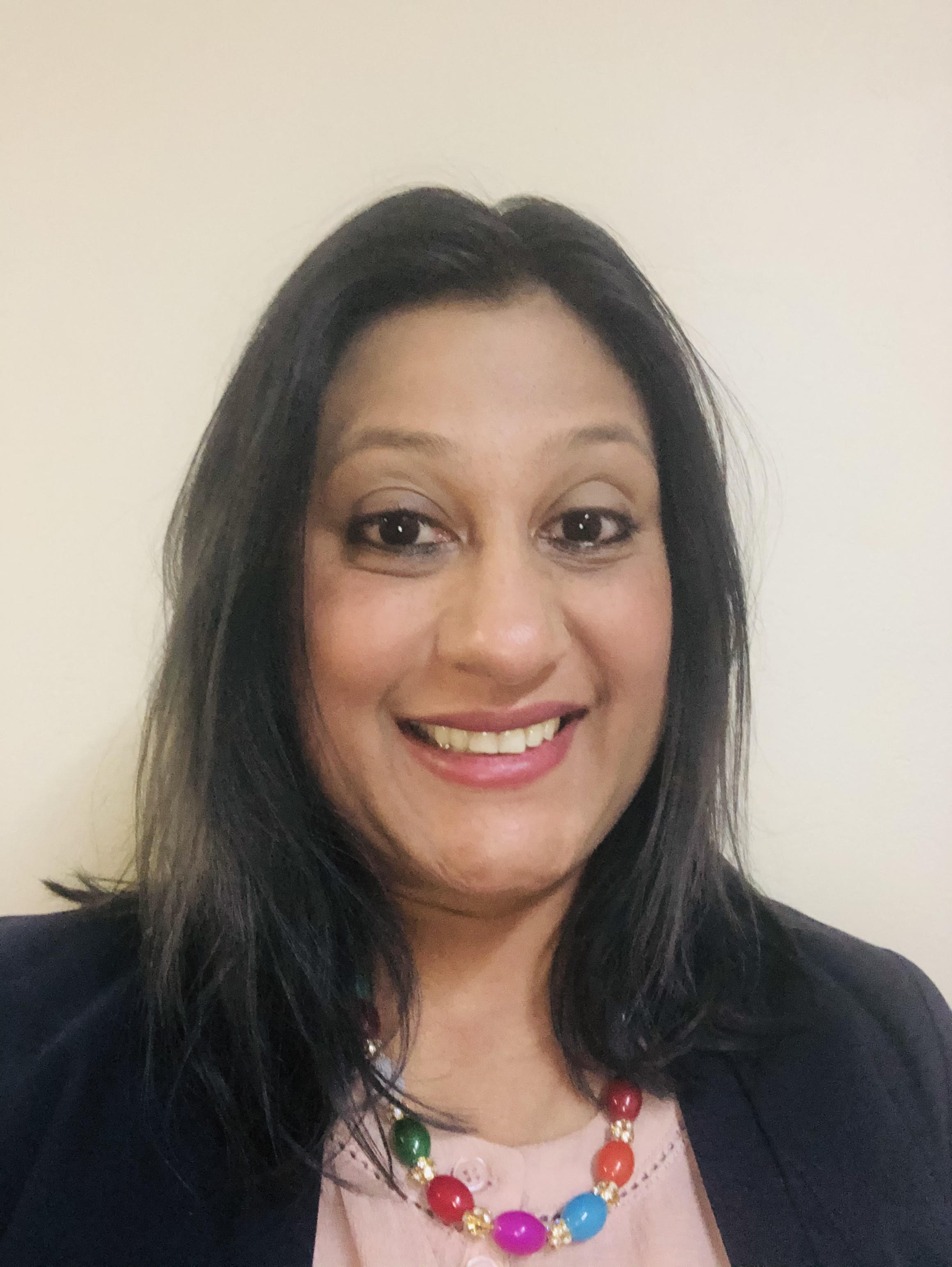 Chetna Singh graduated with an LL.B degree in 2007 from the University of Kwazulu Natal. After completing her Practical Legal Training and board exams she practiced as an attorney. She is currently employed as an Additional Magistrate in the District Court in Mpumalanga. She has authored articles published by the South African Judicial Education Institute. Her special interest includes child-justice related issues and the role of women in the legal fraternity. She is passionate about... Read more