The Lockdown is unconstitutional

The lockdown is unconstitutional! The North Gauteng High Court’s decision in De Beer and Others v Minister of Cooperative Governance and Traditional Affairs (21542/2020)

The regulations (meaning all of the regulations, all alert levels) are unconstitutional and invalid because they “in a substantial number of instances are not rationally connected to the objectives of slowing the rate of infection or limiting the spread thereof” and that, insofar as the regulations “do not satisfy the “rationality test”, their encroachment on and limitation of rights guaranteed in the Bill of Rights contained in the Constitution are not justifiable in an open and democratic society based on human dignity, equality and freedom”.

On 15 March 2020, Dr Nkosazana Dlamini Zuma, as Minister of Cooperative Governance and Traditional Affairs (“the Minister”) and, as such, the Minister designated in terms of section 3 of the Disaster Management Act 57 of 2002 (“the Act), declared a National State of Disaster, citing special circumstances warranting such declaration in terms of section 27(1)(b) of the Act.

On 25 March 2020, the Minister published regulations in terms of section 27(2) of the Act, (“the regulations”). The regulations, which brought about a nationwide lockdown, contained various far-reaching and unprecedented limitations and prohibitions for citizens and businesses, notably, a prohibition of gatherings (of any kind), the confinement of persons to their residence, and the cessation of operations of “all businesses and other entities”.

Many of the regulations, specifically those which purport to limit the rights contained in the Bill of Rights (“BoR”) of the Constitution of the Republic of South Africa 1996 (“the Constitution”), have become controversial topics of debate and have drawn criticism from members of the public.

On 28 May 2020, the North Gauteng High Court heard argument in an urgent application brought by Reyno de Beer and the Liberty Fighters Network (of which de Beer is the President) (as applicants) and the Hola Bon Renaissance Foundation (as amicus curiae (friend of the court)) to declare the State of Disaster and the regulations declared unconstitutional, unlawful and invalid. The application cited the Minister as respondent.

Relief sought by the applicants

The applicants sought the following relief:

The applicants based their constitutional challenge to the Disaster and the regulations on two main legal arguments: rationality and the constitutional limitations test (see below). In setting out the facts related to such challenge the applicants referred to the “alleged irrational reaction to the coronavirus itself and the number of deaths caused thereby” and cited various publications, comparisons to other diseases, statistics related to mortality in the country etc.

The court highlighted that the enactment of the regulations by the Minister was subject to certain limitations provided for in terms of the Act, including that such enactment should be to the extent that it was necessary for the purposes of:

As an exercise of public power or performance of a public function, the court pointed out that the regulations and directions enacted in terms of the Act may not go beyond that expressly provided for in such Act and as set out above. The regulations therefore must be rationally related to the purpose for which the power was conferred. This is referred to as the “rationality test”. The court held that if there is no rational connection as set out above, the limitation of rights which the regulations require would not be a permissible limitation in terms of section 36 of the Constitution. The court ultimately found that there was no such rational connection. It did so for the following reasons.

In the answering affidavit, the Director General (“DG”) of Cooperative Governance and Traditional Affairs (on behalf of the Minister) stated that ” in determining whether the decision of the [Minister] is rational, the test is objective and is whether the means justify the ends.” She then goes on to state that “under the circumstances, the means justify the ends”. The court questioned whether the DG had meant to say that the ends justifies the means, rather than the other way around. In reference to a previous Constitutional Court judgment, the court reiterated that “courts are obliged to examine the means selected to determine whether they are rationally related to the objective sought to be achieved”. Implicitly, the court believed that the means could not justify the ends (as seem to be alleged by the Minister) where such means constituted an impermissible limitation of the rights of South African citizens.

In applying the rationality test, the court commented on, amongst others, the following real circumstances experienced by South Africans:

In consequence of these and other practical circumstances referred to by the court, it was held that, from a mere reading of the regulations, even the Alert Level 3 regulations, there are many more instances of sheer irrationality in such regulations.

Having said this, the court held that “the cautionary regulations relating to education, prohibitions against evictions, initiation practices and the closures of night clubs and fitness centres, for example as well as the closure of borders all appear to be rationally connected to the stated objectives”.

Given the irrationality of the regulations as set out above, the court held that “in an overwhelming number of instances the Minister has not demonstrated that the limitation of the Constitutional rights already mentioned, have [sic] been justified in the context of section 36 of the Constitution” [our emphasis].

Conclusions and the Order granted

As consequence to the above, the court found that the regulations “in a substantial number of instances are not rationally connected to the objectives of slowing the rate of infection or limiting the spread thereof” and that, insofar as the regulations “do not satisfy the “rationality test”, their encroachment on and limitation of rights guaranteed in the Bill of Rights contained in the Constitution are not justifiable in an open and democratic society based on human dignity, equality and freedom”.

The court ordered the following:

Practically, this means that for the next 14 business days, South Africans will continue to live under the regulations of Alert Level 3. Before the expiry of those 14 days, the Minister must republish regulations which give due consideration to the rights guaranteed in the BoR. This will require the Minister, in consultation with the relevant cabinet ministers, to carefully consider each and every regulation she publishes and the effect such regulation has on our rights.

The court found that the Minister’s declaration of a National State of Disaster in terms of section 27(1) of the Act, in response to the covid-19 pandemic, was rational.

Given the findings above, the court did not deem it necessary to make an order relating to the prohibition of gatherings. The court also refrained from addressing the issue of the ban on tobacco products, in light of the further and more specific challenge which has been brought by the Fair Trade Independent Tobacco Association (FITA).

In providing for a suspension of the declaration of invalidity in accordance with section 172(1)(b)(ii) and allowing the Minister an opportunity to remedy the failings of the regulations, the court has noted that “Courts must always remain alert to the principles of separation of powers” and that “Any remedial action…should be taken by the Minister”. In so doing, the court has upheld the separation of powers doctrine, central to our constitutional democracy, whereby the powers of government are split among the executive, the legislature and the judiciary. As quoted from Electronic Media Network Limited and Others v e.tv (Pty) Limited and Others [2017] ZACC 17 a court “but one of three branches of government…must be on high alert against impermissible encroachment on the powers of the other arms of government”.

As the regulations, published by the Minister, are neither an Act of Parliament, a provincial Act or conduct of the President, this order does not need confirmation by the Constitutional Court, in terms of section 172(2)(a), in order to be effective.

The Minister does, however, have the right to appeal the decision of the court or to approach the Constitutional Court for a direct appeal in terms of section 167(6)(b). Given the far-reaching consequences of the judgment we would imagine that an appeal from the Minister is likely. Commentators are of the view that there is merit in such an appeal, given the court’s approach to the matter, specifically insofar as it has not dealt with each and every provision of the regulations which justify a declaration of constitutional invalidity. 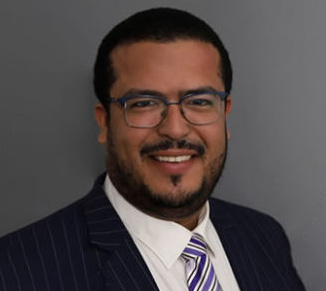 Lucien became a Director at Dingley Marshall in 2017 and specialises in litigation law.Lucien is a litigator who assists clients with high court and magistrates court litigation, as well as arbitrations. He has acted for corporations and individuals in a variety of industries, including the financial, agricultural, information technology, hospitality, property and health sectors.CareerLucien completed his articles at ENS Africa and worked there as an associate thereafter, specialising in both high court and magistrates’ court... Read more