Ingrid obtained her LLB in 1985 at the University of Kwa-Zulu Natal. She is an admitted attorney and has acted as a judge in the Labour Court. She was the first CCMA Convening Senior Commissioner for the Gauteng Province and as a part-time and/or accredited senior commissioner has conducted conciliations and arbitrations for various private and public sector bargaining councils. She is a senior panellist with Tokiso, a private dispute resolution agency, for whom she conducts mediations, arbitrations, facilitations and relationship building initiatives.

Ingrid was the first chairperson of the SA Sports Commission Dispute Resolution Centre and is an Honorary Life Member of the South African Society of Labour Lawyers (SASLAW) having been elected to the positions of President and Vice President of the South African Society of Labour Law (SASLAW) (Gauteng Province and National Committee respectively), by her peers in recognition of her achievements in the field of labour law and industrial relations. Ingrid’s awards and judgments have been published in South Africa’s two major labour law journals and her articles have been published in three of South Africa’s most popular industrial relations publications. She was managing editor of two publications (IMSSA Arbitration Digest and Employment Law) until they were taken over by LexisNexis. 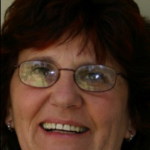