Meyers and Rule 41A: Some thoughts on the Protagoras Paradox and the appropriate resolution of medical negligence matters

Meyers and Rule 41A: Some thoughts on the Protagoras Paradox and the appropriate resolution of medical negligence matters - complex medical facts must be weighed against the background of challenging legal principles and they often depend for their outcome on fine distinctions which make the result of such matters uncertain and unpredictable, which is why the alternative of mediating such disputes is worth serious consideration.

Written by Ian Dutton, Advocate of the High Court of the Republic of South Africa, for LexisNexis South Africa.

Over 2000 years ago in Greece there was a lawyer named Protagoras. A young student, Euthalos, requested to apprentice under him but was unable to pay his fees. The student struck a deal saying, “I will pay your fees the day I win my first case in court”. The teacher agreed. When the training was complete, and a few years had elapsed without the student paying up, the teacher decided to sue the student. The teacher thought to himself: “If I win the case, in terms of the law, the student will have to pay me, as the case is about non-payment of fees. If I lose the case, the student will still have to pay me, because he would have won his first case. Either way I will get paid”. The student’s view was “If I win the case, I won’t have to pay the teacher, as the case is about non-payment of fees. And if I lose the case, I don’t have to pay him since I wouldn’t have won my first case. Either way I will not pay the teacher”.

This is known as the Protagoras Paradox. Whichever way you look, both sides have equally convincing arguments; one can go either way in supporting the teacher or the student and would not be wrong.1 This article explores a recent example of the Protagoras Paradox which occurred in the Supreme Court of Appeal, and considers how the ultimate result is relevant to considerations of whether mediation is not a more appropriate means of resolving medical negligence cases in particular.

The lay person often assumes that adjudication of disputes via the legal system is an objective, predictable method of determining justice. Our judiciary performs an important and, for the most part, an admirable role in the administration of justice. The reality is, however, that the legal system depends in large measure on the abilities, idiosyncrasies and attitudes of human beings and, as in all areas of life, those human beings have strengths and weaknesses, differences in character, intellect and experience. There is therefore the ability for disagreement; whether legitimate and reasonable, or not.

Added to this are the inordinate delays and costs in getting a matter to finality before the courts, and the question of how accessible justice really is in South Africa today.

There are two recent developments in the field of medical law and ethics which, at first blush, seem unconnected; but, on deeper reflection, an important systemic link can be seen between the two which could fundamentally alter the way the legal system resolves disputes.

The first development is the promulgation of Rule 41A of the Uniform Rules of Court; the second is the handing down of judgment in the matter of Meyers v MEC, Department of Health, Eastern Cape [2020] JOL 46963 (SCA) (1010/2018) [2020] ZASCA 3. (The implications of the judgment for the burden of proof and onus in clinical negligence matters will be considered more fully in an upcoming article.)

The Introduction of Rule 41A

The Uniform Rules of Court govern the proceedings in civil matters in the High Court.

Although there has, for a considerable time, been reference to mediation in the Uniform Rules of Court (contained in Rule 37(6)(d), in which the parties have for decades been obliged, at the pre-trial conference, to indicate whether a matter has been referred for mediation or other alternative form of dispute resolution), this has been thin gruel indeed for a population starved of a constructive, empathetic and accessible means of resolving disputes. The effect of the insipid wording of the subrule is that, in reality, the provision was very rarely seriously considered by the parties, and even more rarely invoked in order to resolve disputes.

The recent amendment to the Uniform Rules seems set to change that, and the decision in Meyers serves as a trenchant example of why mediation is particularly apposite to clinical negligence disputes, with their typically complex legal, factual and ethical considerations.

The following can be observed from the judgment:

Mediation as an alternative to litigation

There are a number of features of mediation which make it an enticing alternative to litigation in respect of clinical negligence claims:

It is therefore submitted that mediation is particularly appropriate to clinical negligence matters, especially when one considers the recent Meyers judgment as being a specific example of the potential pitfalls of litigation.

In this case the Court had to decide whether a surgeon was negligent.

In order to decide the issue, the Court had to apply the approach that a ‘medical practitioner is not expected to bring to bear upon the case entrusted to him the highest possible degree of professional skill, but he is bound to employ reasonable skill and care; and he is liable for the consequences if he does not’.2

On 2 March 2010, the appellant, Ms Felicia Meyers, was operated on in the Livingstone Hospital, Port Elizabeth by Dr Richard Vogel, a surgeon employed by the Department of Health in the Eastern Cape provincial government. Her gall bladder was removed by means of a minimal access surgical procedure known as a laparoscopic cholecystectomy. It was common cause that during this procedure two small injuries, each about two millimetres in diameter, were caused to the common bile duct, with the result that bile leaked into her stomach after the operation, causing infection. This required surgery, also performed by Dr Vogel, in order to remedy the situation.

Ms Meyers instituted a claim for damages in the Eastern Cape Division of the High Court, Port Elizabeth, against the MEC for Health.

Ms Meyers alleged that the injuries to her bile duct that occurred during the first operation were caused by the negligence of Dr Vogel or members of his team in one of four ways, namely:

The MEC denied these allegations of negligence.

The matter was heard by three Courts, and a total of 9 judges.3

Of the 9 judges, 6 found that negligence had not been established; while 3 found that it had.

The reason for these differing conclusions was that the exact cause of the injury to Ms Meyers was not known, and the matter was ultimately decided on the somewhat technical question of who bore the onus of proof; in other words: did Ms Meyers bear the onus of proving that the injuries were sustained as the result of negligence; or did Dr Vogel bear the onus of proving that he was not negligent? This is an area of the law which depends for its determination on fine distinctions, with the result that differing views were taken of the matter by the various judges.

For the minority in the Supreme Court of Appeal, Plaskett JA held that the onus rested on Ms Meyers to establish the negligence that she had pleaded. On a consideration of the facts, he found that she had failed to discharge that onus.

For the majority in the Supreme Court of Appeal, Ponnan JA approached that question as follows:

“The general rule is that she who asserts must prove. In a case such as this itwas accordingly for Ms Meyers to prove that the damage she sustained was causedby Dr Vogel’s negligence.”

We are here concerned with an unconscious patient who has suffered an admitted injury. That being so, the spectre of negligence on the part of the attending surgeon loomed large. At the close of Ms Meyers’ case before Revelas J, her evidence, together with that of Dr Pienaar and the documentary exhibits, was sufficient as to place an evidentiary burden upon Dr Vogel to shed some light upon the circumstances attending Ms Meyers’ injury. Failure to do so meant that, on the evidence as it then stood, he ran the risk of a finding of negligence against him. For, whilst Ms Meyers, as the plaintiff, bore the overall onus in the case, Dr Vogel nonetheless had a duty to adduce evidence to combat the prima facie case made by Ms Meyers.

In other words, the majority in the Supreme Court of Appeal found that Dr Vogel needed to give an explanation of what had happened. They held that, where a patient is unconscious and suffers an injury which could potentially have been caused through negligent conduct by the surgeon, then the surgeon needs to provide an explanation as to what occurred:

“It remained for him to advance an explanatory (though not necessarily exculpatory) account that the injury must have been due to some unpreventable cause, even if the exact cause be unknown.

Dr Vogel was simply unable to account for the injury. It was put to him in cross-examination that ‘the cold hard fact is you are unable to tell this Court how those perforations occurred’, to which he replied: ‘[t]hat is correct’.”

Ultimately, therefore, the majority in the Supreme Court of Appeal took the view that where the patient is unconscious and suffers an injury which could potentially have been caused through negligent conduct by the surgeon, then the surgeon needs to provide an explanation as to what occurred. The failure by the surgeon to do so meant that he had not established that he was not negligent; and, accordingly, judgment was given against him.

That is in itself an interesting legal principle, but there is a broader point to this: in truth, matters such as this - in which complex medical facts must be weighed against the background of challenging legal principles - often depend for their outcome on fine distinctions, and make the result of such matters uncertain and unpredictable.

For this reason, the alternative of mediating such disputes is worth serious consideration, where the uncertainty and unpredictability of the result is removed. This is by no means the only reason, but I would submit that the facts of Meyers serve as a salutary example of the merit of this particular benefit of mediation.

1. I wish to thank Romany Sutherland and Dr Henry Lerm for bringing the following article to my attention, which eloquently articulated the Paradox of Protagoras (sometimes also referred to as the Paradox of the Court): Praachi Verma “Wuhan-virus or COVID-19 & Protagoras Paradox”

3. The trial was held before Revelas J, who found that negligence had not been established, and dismissed the action with costs, on the basis that Ms Meyers had not discharged the onus on her to establish that the injuries were the result of negligence on the part of Dr Vogel or one of his team. Ms Meyers appealed to a full court of the Eastern Cape Division of the High Court, Grahamstown. Brooks J, with the concurrence of Makaula and Bloem JJ, dismissed the appeal with costs. In the Supreme Court of Appeal, Plasket JA and Koen AJA dismissed the appeal, while Ponnan JA, Mbatha JA and Dolamo AJA upheld the appeal. 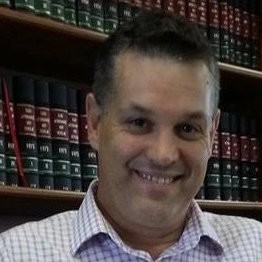 He has practised as an attorney and advocate for 20 years, during which he developed a knowledge and interest in medical law. Ian discovered it to be intellectually challenging as it is a dynamic and complex area of the law. His professional interest developed to the point where he decided to do an LLM degree in Medical law and Ethics from the University of Edinburgh. The University has a long tradition of excellence in the... Read more