Commercial lease contracts: Which duties remain after all has been looted?

Commercial lease contracts: Which duties remain after all has been looted?

To avoid wasting time and money on legal fees in seeking clarity from the courts, all necessary clauses, including a proper and elaborate vis major clause should be included and clear, in contracts of lease, especially those providing remedies in case a dispute arises.

Following the arrest of former president, Jacob Zuma in early July 2021, a surge of riots swept through most parts of KwaZulu-Natal and some parts of Gauteng, during which many businesses were looted and some destroyed.

Most businesses have not completely recovered from the damages, and while some will not be able to recover, some are still in the process of rebuilding their stores. With the above in mind, some tenants find themselves facing eviction as their landlords insist on the payment of full rental as per the lease contract. It now becomes important to analyze the lease contracts that most people sign without reading them first and questions arise as to whether any solution may be found outside of the contractual clauses where the contract does not provide for a solution.

One of the clauses that becomes most relevant at times like these is the vis major or casus fortuitus clause. This clause, often included in most contracts, including lease contracts, caters for unforeseen, unavoidable, and external circumstances that are beyond the reasonable control of either of the parties to the contract.[1] Most of the events falling under this clause are often said to be “acts of God”, however, some are caused by human agency (e.g., war), with the requirement being that the situation giving rise to vis major must have been “unforeseeable with reasonable foresight and unavoidable with reasonable care”.[2]

The inclusion of a clause providing for a remedy upon the occasioning of a dispute between the parties is always advisable.[3] As will be seen below, the same can be said with including a proper and elaborate vis major clause in a contract as opposed to being at the mercy of the common law when disputes arise.

Contracts with a vis major clause

Parties to a contract have the liberty to stipulate events which they would like the vis maior clause to cater for, and some of the examples include acts of State, natural disasters, wars, or even strikes, however, the list is non-exhaustive. Often enough, the parties also stipulate what the effects of such an event would be on their obligations, which is advisable so as to avoid ambiguity should the events occur.

Where the parties have failed to include a vis major clause, the common law will apply by default. The principle of “supervening impossibility to perform” will be at the disposal of the party who is unable to perform, unless they foresaw the occasioning of the event and undertook to perform regardless of it taking place. A supervening impossibility to perform must have been unforeseeable on conclusion of the contract and it has to render performance impossible. Once it is clear that the obligations have become objectively impossible to perform, no claim for specific performance or for damages may arise against the party who has failed to perform.

How, then, does all of the above affect lessors and lessees, and what will the solution be for them in such a situation?

The Lessor’s obligations and delivery of performance

Upon signing the lease agreement, the lessor is obliged to deliver the leased property to the lessee. The property must be delivered in a condition fit for the purpose for which it is being leased unless the parties agreed otherwise. The lessor also has a continuous duty to ensure that the property remains in a proper condition whilst ensuring that the lessee has undisturbed use and enjoyment thereof.

When a vis maior event occurs, it may become impossible for the lessor to ensure that the lessee has undisturbed use and enjoyment of the property. That, however, will not make the lessor guilty of a breach of contract since they can rely on the common law principle of “supervening impossibility to perform”, provided the requirements thereof are met. It will, however, affect the lessee’s duty to pay rent, which will either be extinguished or reduced.[4] Some lessors safeguard their interests against loss of rent arising from such events by including a clause in the contract in terms of which the lessee assumes risk where a vis major event occurs. Such a clause will prevent the lessee from claiming for a remission of rent.

The lessee’s duty to pay rent

One of the most important duties of a lessee is to ensure that they pay the rental amount as agreed per the lease contract. Payment of rental serves as counter-performance for the performance tendered by the lessor in relation to the leased property. If the lessor fails in the performance of his duties, the lessee’s counter-performance is affected, unless the parties agreed to the contrary. Where the lessee has not assumed risk where a vis maior event has disturbed their use and enjoyment of the property, the courts mention that the lessee will be entitled to a remission of rent.[5]

The Supreme Court of Appeal has mentioned, in Thompson v Scholtz, that “where a lessee is deprived of or disturbed in the use or enjoyment of leased property…either in whole or in part, he can in appropriate circumstances be relieved of the obligation to pay rental, either in whole or in part.” This has been a long-standing common-law principle which can be seen in various cases.

In the Zweigenhaft v Rolfes, Nebel & Co. the court mentioned that a lessee whose beneficial occupation of the leased premises has been hindered or deprived by vis major has a right to claim remission of rent. In Goldberg v Nante, the court referred to the Roman-Dutch law sources which were quoted in Johannesburg Consolidated Investment Co v Mendelssohn & Bruce, Limited. The digests, referred to in both cases mention that where a lessee is deprived of beneficial use of the premises for the purposes for which they were let, then the lessee is entitled to a remission of rent.

It is always advisable for parties entering into a contract, especially lessees in this context, to ensure that they read and analyze each clause thoroughly before signing the contract to ensure that there is consensus. To avoid wasting time and money on legal fees seeking clarity from the courts, it is also advisable that all the necessary clauses be included in the contract and that they be worded as clearly as possible, especially those providing for remedies in case a dispute arises. 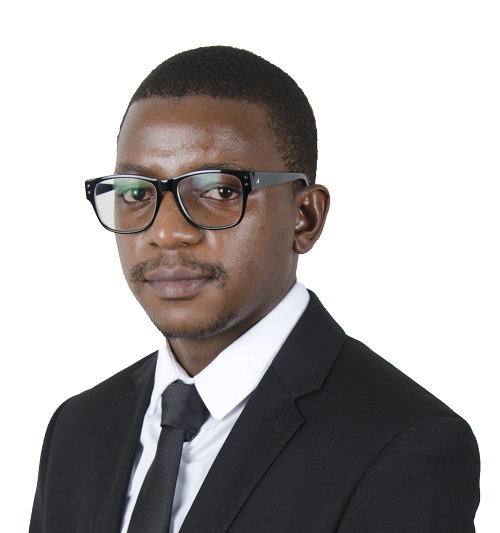